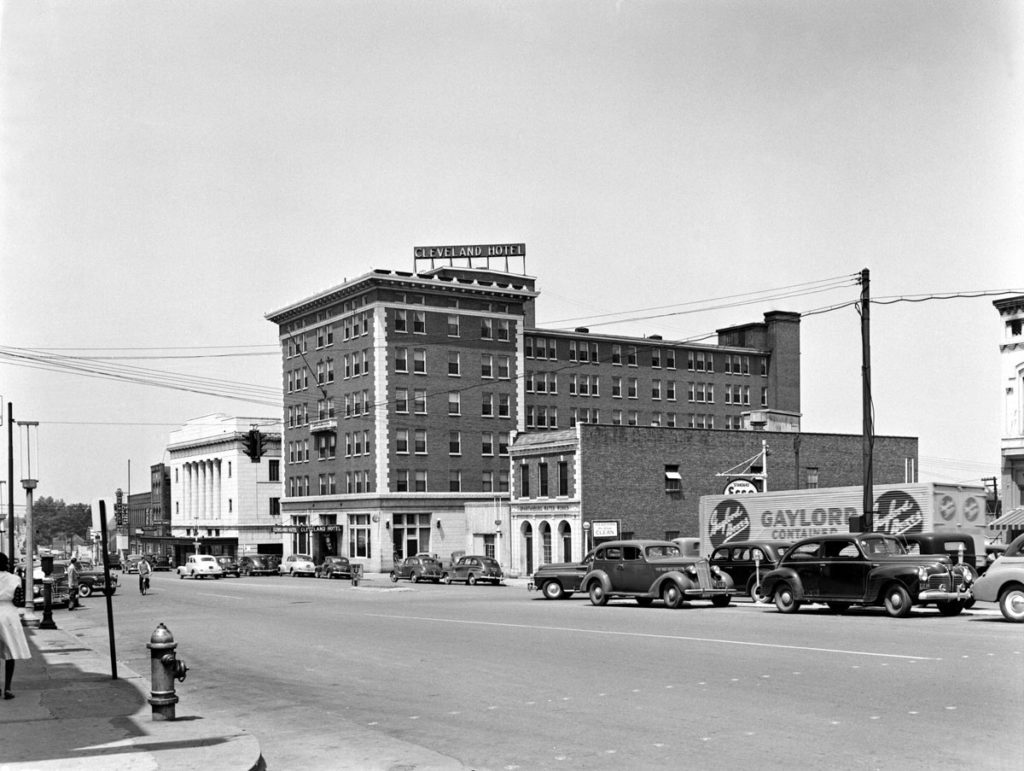 In 1945 a group of people met for dinner at the Cleveland Hotel to form a literary club. This club became the Little Theatre of Spartanburg at a meeting on June 21, 1946 in the Parish Hall of St. Paul’s Catholic Church. The first officers elected were Dr. J.M. Wallace, President; Mr. John Carrington, Vice-President; Mrs. Jameston Fant, Secretary; and Mr. Jameston Fant, Treasurer. 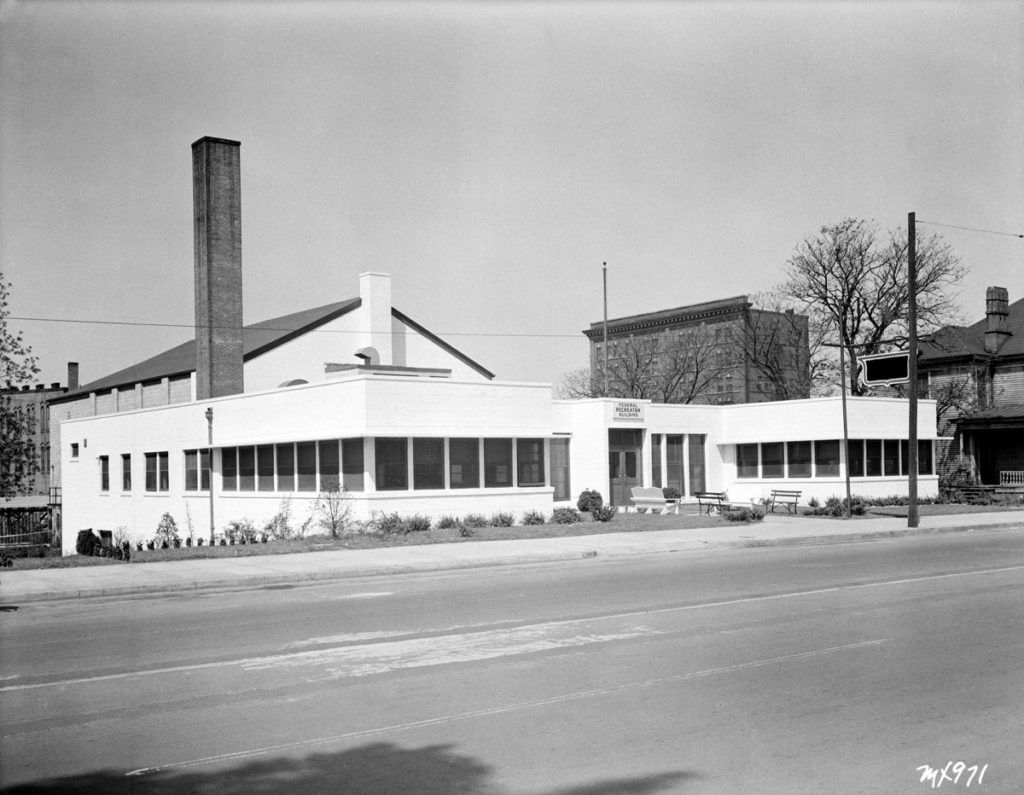 Interest and membership increased rapidly, and in November of 1946, the first one-act play, Candlelight, by P.G. Wodehouse, opened at  the City Recreation Hall, directed by Mrs. Dan Mitro. 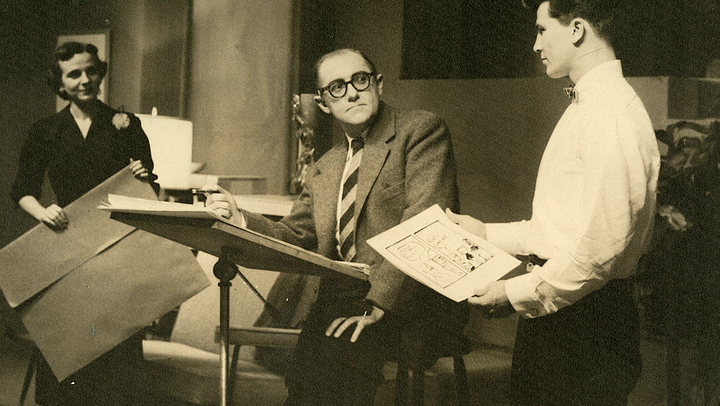 David W. Reid of Milford, Mass., who had served at Camp Croft during the war, returned to Spartanburg as the public relations director at Converse College. He directed the second play, The Late Christopher Bean. Until his retirement in 1982, he served as a director, producer, and actor. Stage manager, scenic designer and actor for most of the same years was Ed McGrath. The Little Theatre production staff has included such notables as Henry Janiec, John Mabry, Pat Dillard and Gary McCraw in the music department, Barbara Ferguson and Marianna Miller as choreographers, and Rene Royaards on lights.

In 1949, the Spartanburg County Foundation made the movie theater at Camp Croft available to the theatre for a lease of one dollar per year. The first play at the new location was The Man Who Came to Dinner in 1950; and the first musical was Rodgers and Hammerstein’s Allegro in 1953. With this show, the Little Theatre was honored by being permitted the first non-professional production of a Rodgers and Hammerstein musical. With its success, the Little Theatre was allowed the first non-professional production of Carousel the following season. 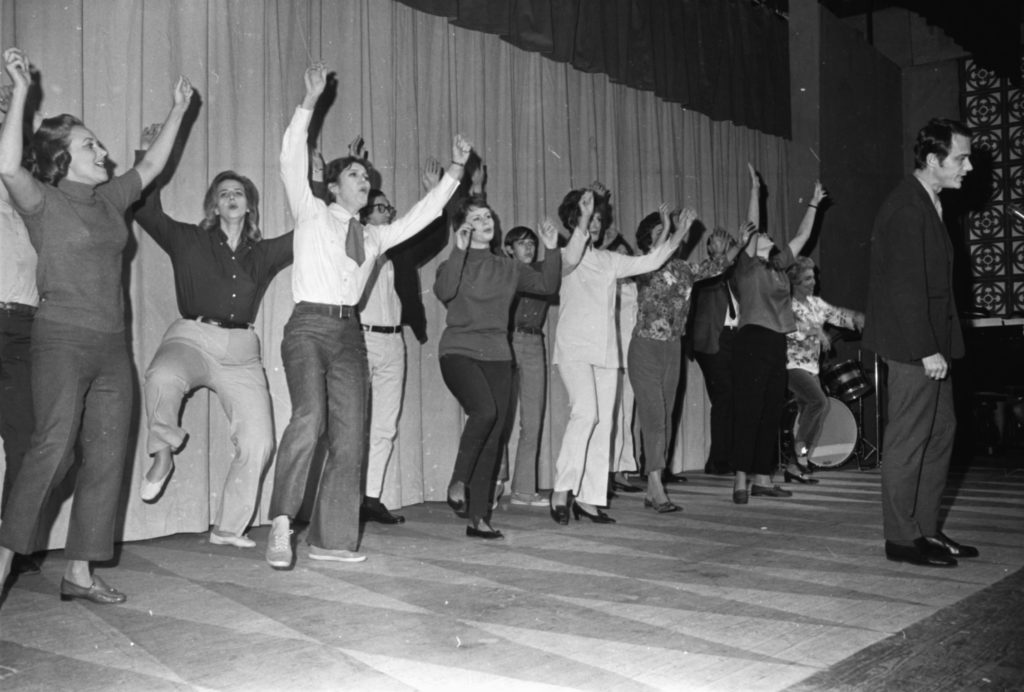 On September 13, 1970 in honor of the 25th anniversary of the Little Theatre, an article was published in the Spartanburg Herald-Journal, which perhaps says it best: “The actors behind the stage and on it are legion. Young, old, men, women, and children who, for a few short hours, bring to life the magic and glamour of an art as old as man himself – for them a special place is reserved in the heart of Spartanburg’s Little Theatre. It is only through their untiring efforts that the show will go on – and on – and on.” 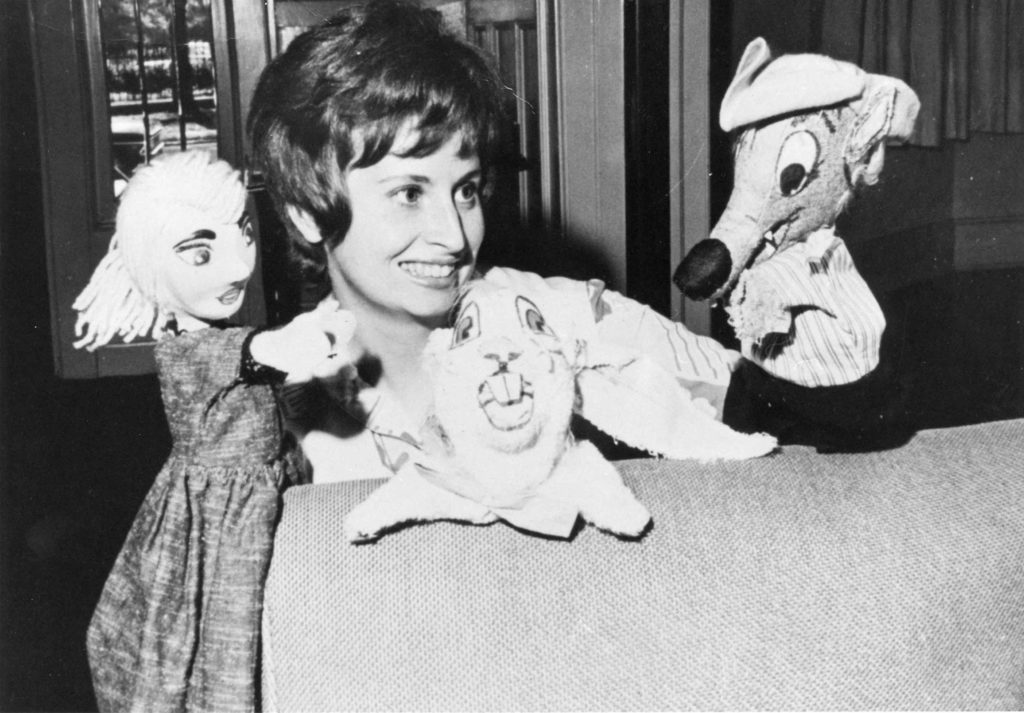 The Little Theatre is the proud sponsor of the Spartanburg Youth Theatre (the second oldest theatre for youth in the state). Since 1973, it has performed for some 300,000 Spartanburg County young people under the direction of Mary Nicholson. In June of 2008, after 35 years, Mary Nicholson retired. 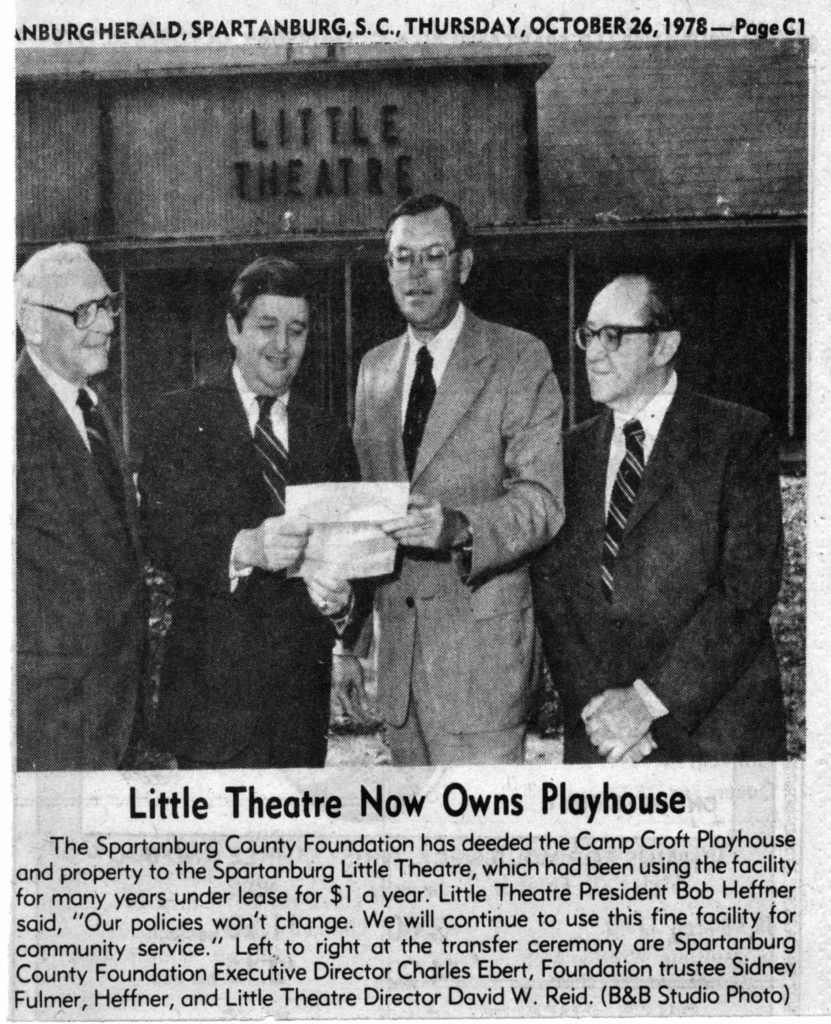 On October 23, 1978, the County Foundation deeded the theatre and grounds to the Little Theatre. Through the years, many improvements and additions to the building were made through the generosity of the County Foundation, the Junior League, the Friends of the Arts and area corporations. In 1982, it was named the David W. Reid Playhouse. 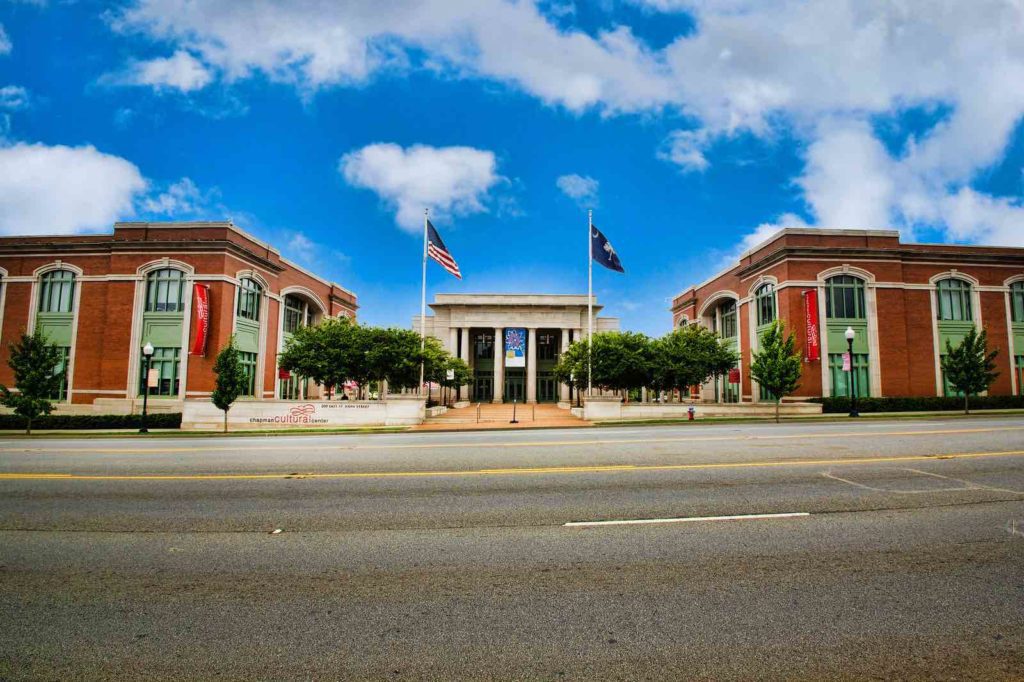 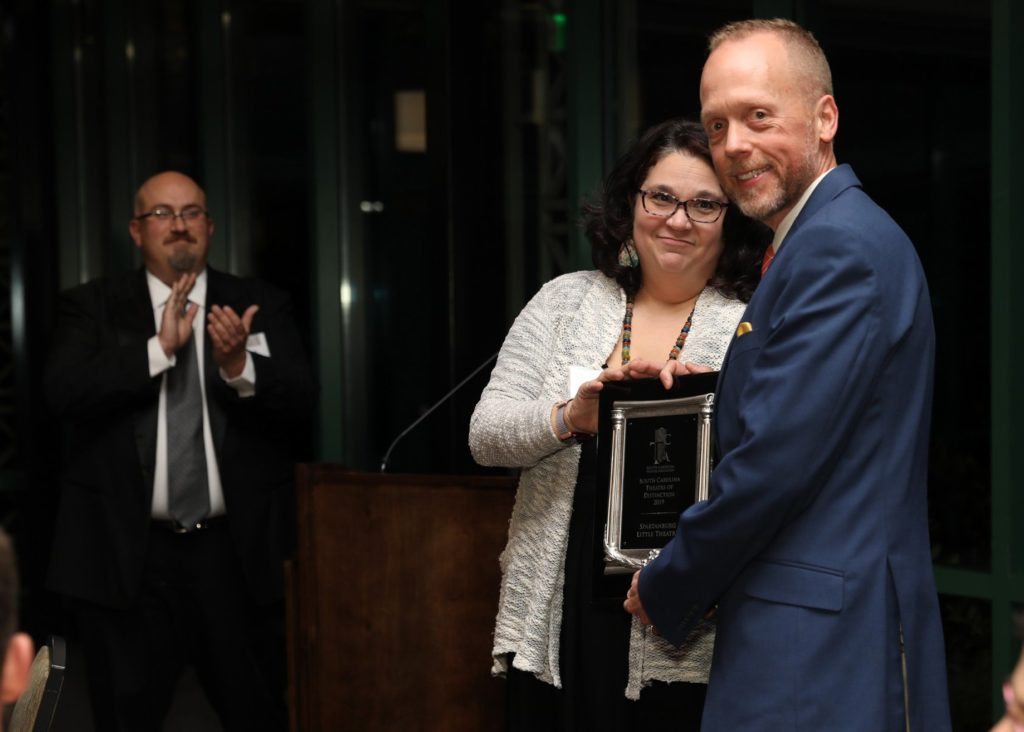 In 2020, Spartanburg Little Theatre was awarded the SC Theatre of Distinction Award by the South Carolina Theatre Association, given to a theatre in South Carolina that has “exhibited a history of artistic, professional, or educational excellence, producing seasons of high artistic quality and establishing a strong presence in the statewide theatre community.”

The side door to the old theatre opened much like it would have in 1950. A twist of a key, a rush of stale air, and suddenly you’ve steeped inside an old U.S. Army relic that by all accounts was not supposed to be standing after the 1960s.

But this is no ordinary building. Sitting on a plot of land in Camp Croft, the former movie house was hastily assembled in 1941 for the sole purpose of entertainment. Strangely enough, it continued in that vein when the Spartanburg Little Theatre moved in a decade later…